The Sperm Whale, 2019. Graphite on white washed plywood that is then sanded. 125 x 93 x 4 cm. Framed in white varnished obeche

Since Spring 2017, I have been working on a large series of works that is titled, Hit List. I have been sourcing different sets of old cigarette cards, bank notes and encyclopaedia pages that depict animals on them and then I have been editing these by burning away the animals’ image according to the individual species’ conservation status on the IUCN red list of threatened species. So, the closer the individual animal species depicted is to extinction, the more of its image is burned away. 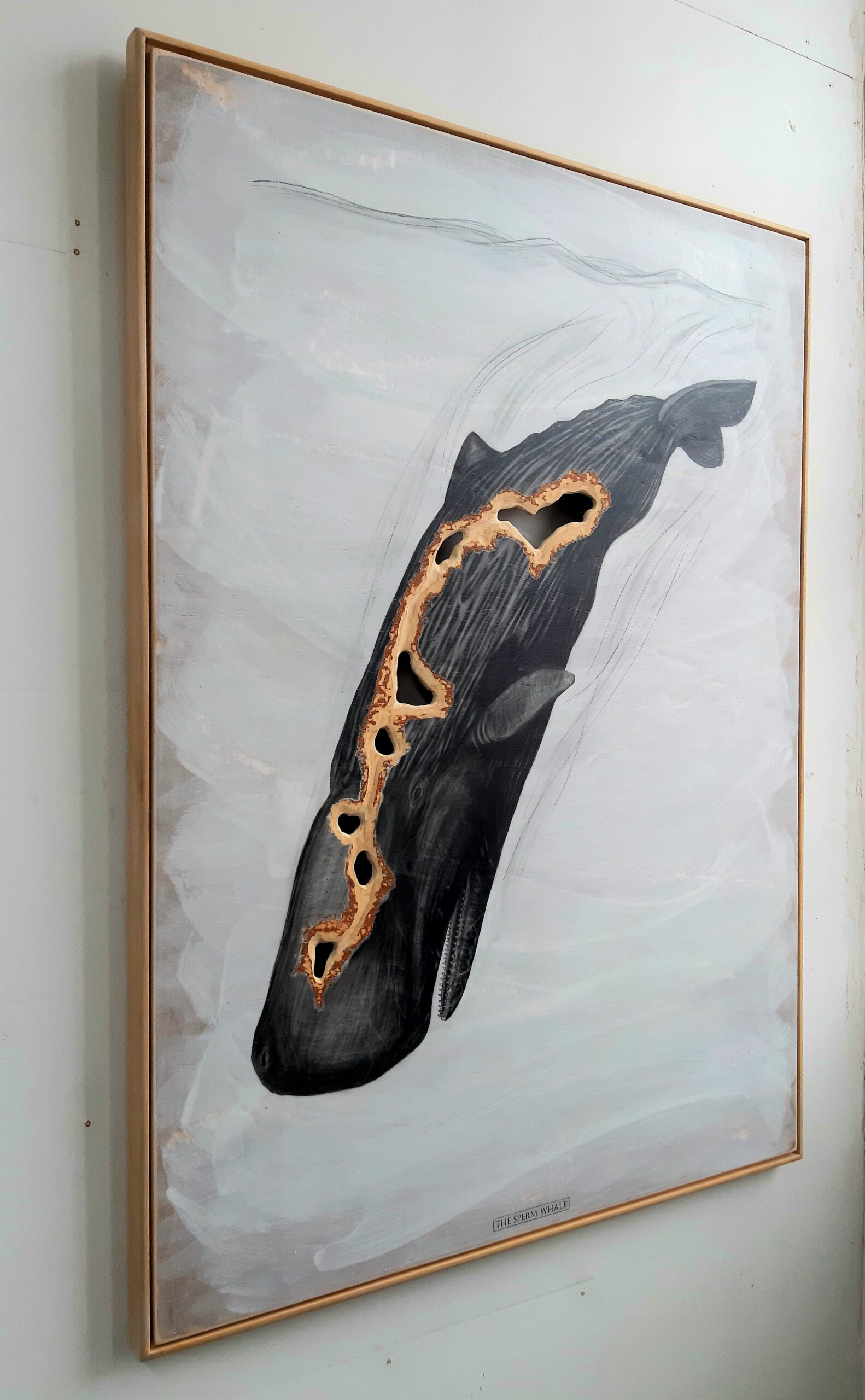 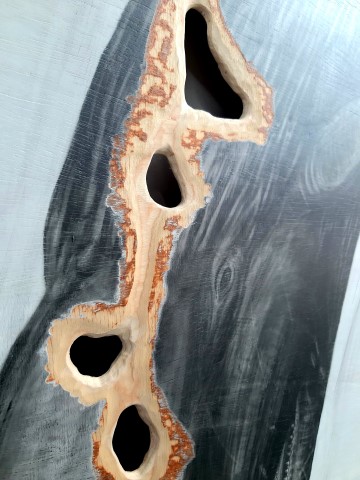 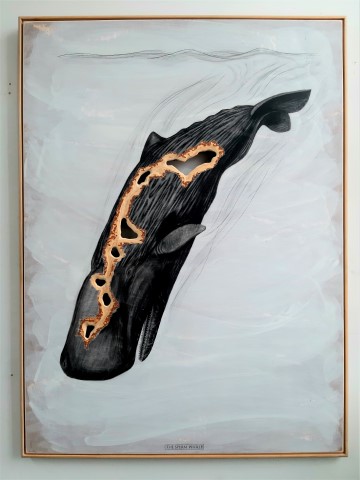