Over the last year, I have been working on a large series of artworks that is titled, Hit List. I have been sourcing different sets of old cigarette cards and old encyclopedia pages, with some being over one hundred years old, and then I have been editing these by burning away the animals’ image according to the individual species’ conservation status on the IUCN red list of threatened species. So the closer the individual animal depicted on the card is to extinction, the more of its image is burned away.

This artist’s book contains the images of this series of artworks and visually reveals the devastating effects humans have had on the rest of the animal kingdom. There is also a text contribution by Oceanic Wildlife Conservation. 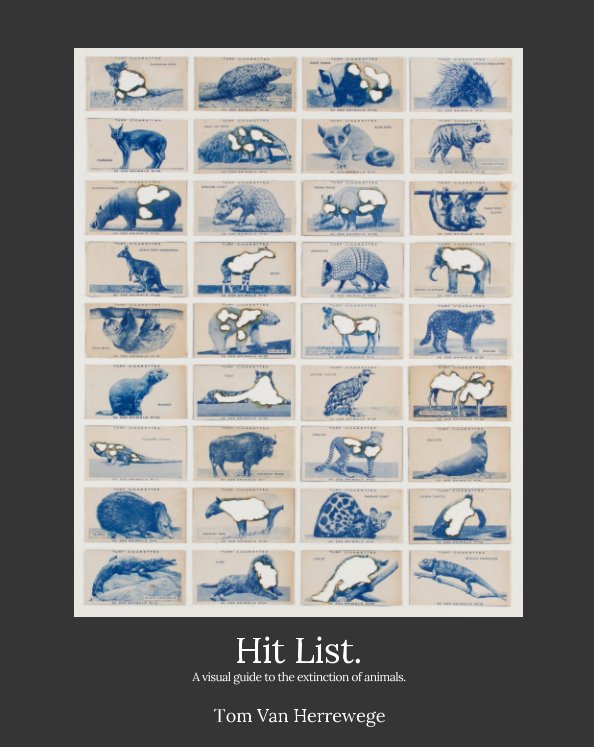 Buy Book on Blurb
← Back to Works for Sale