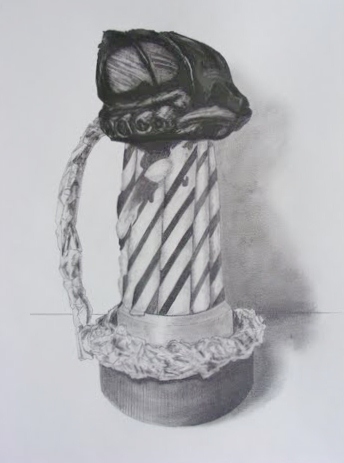 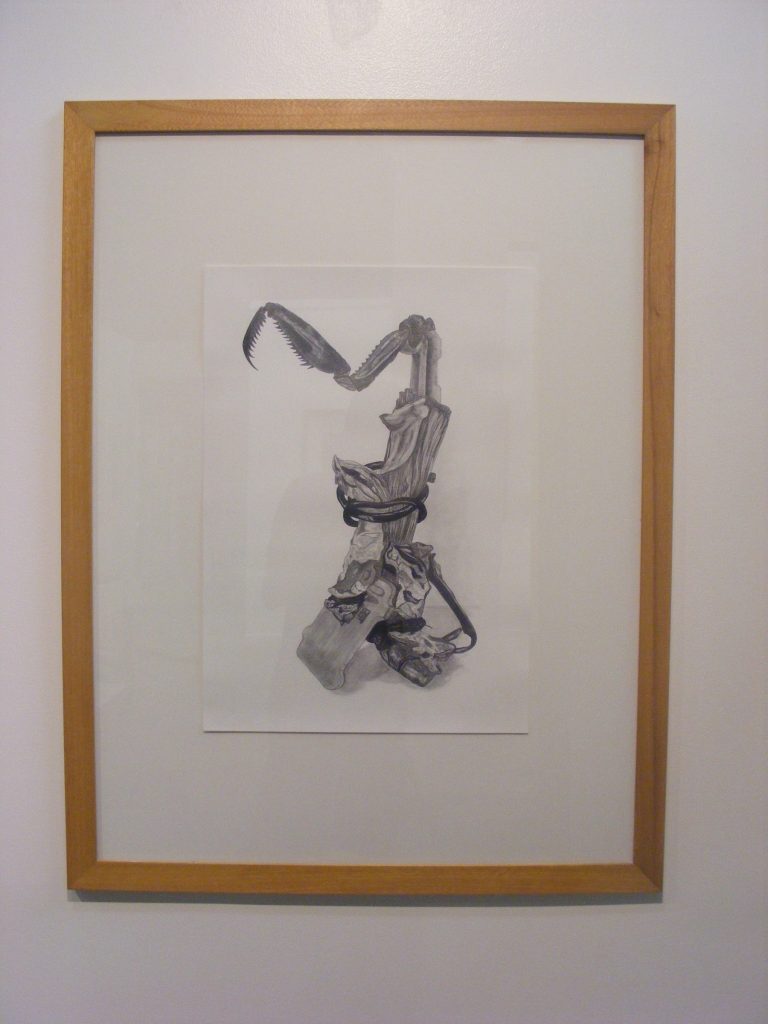 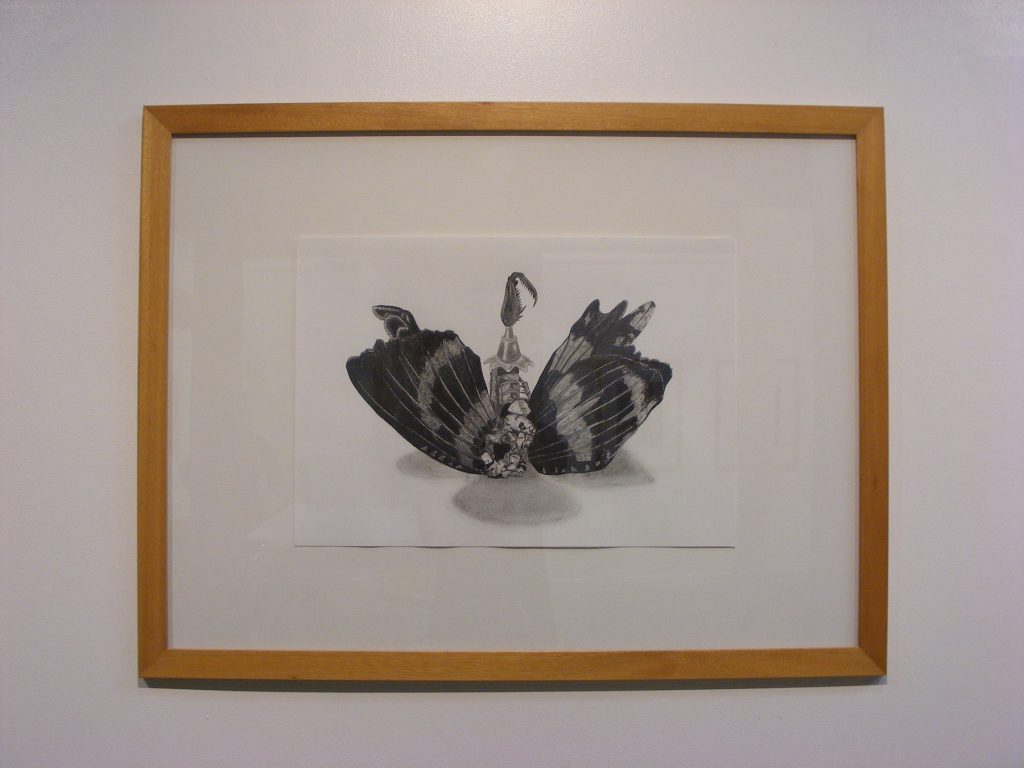 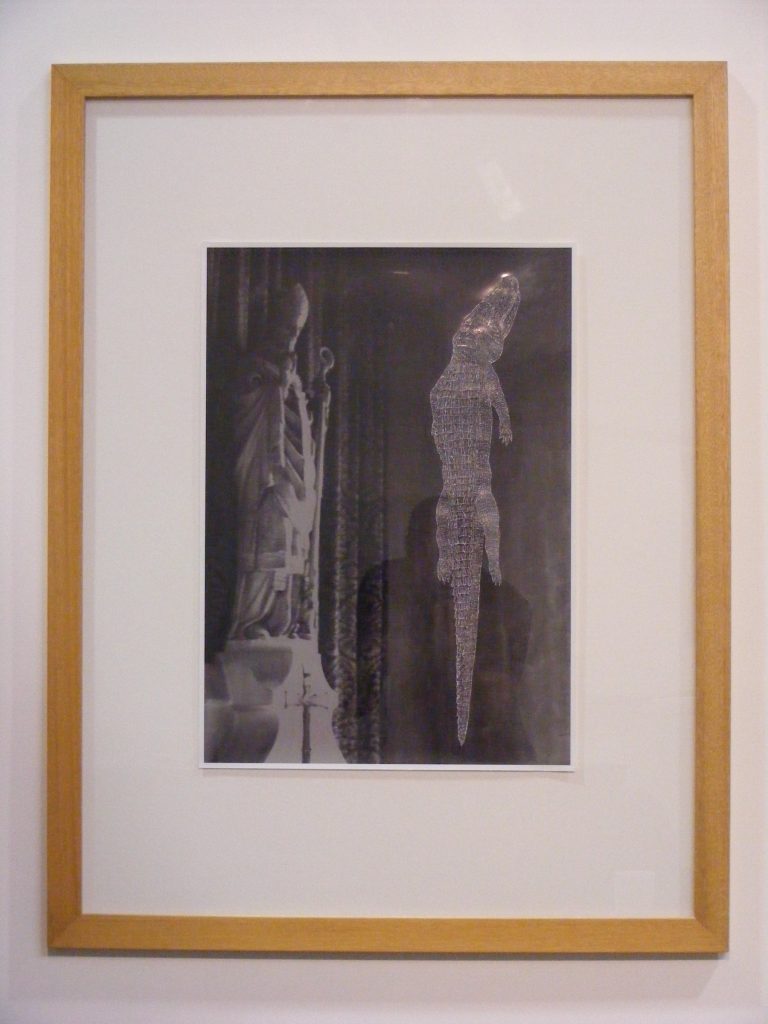 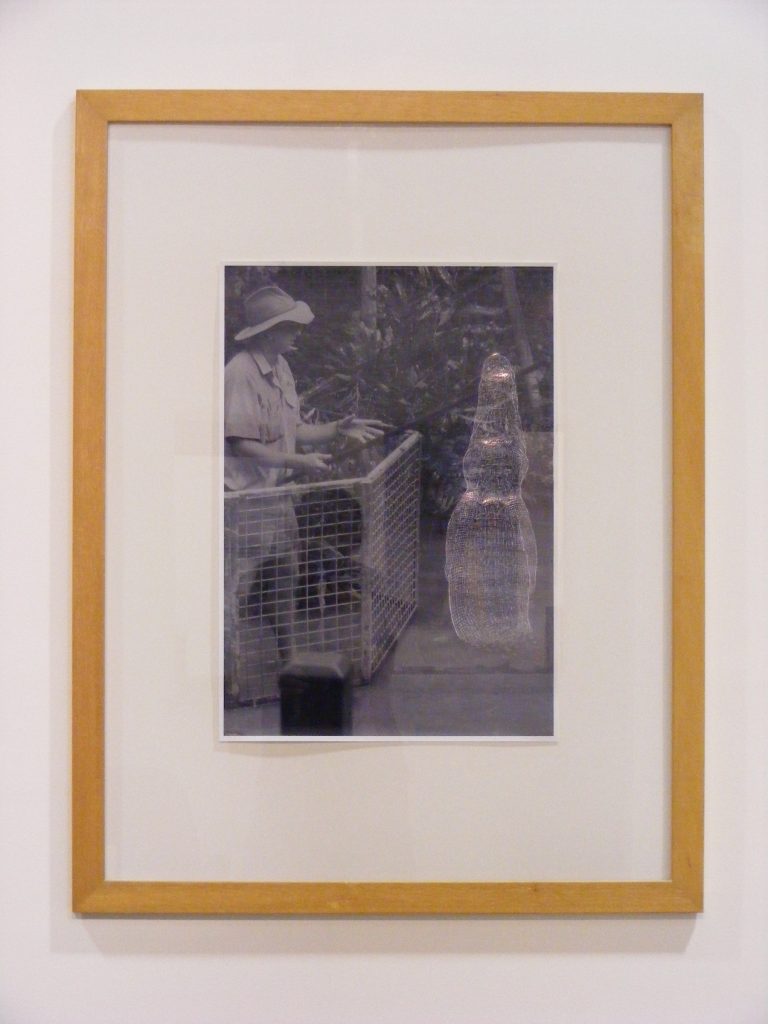 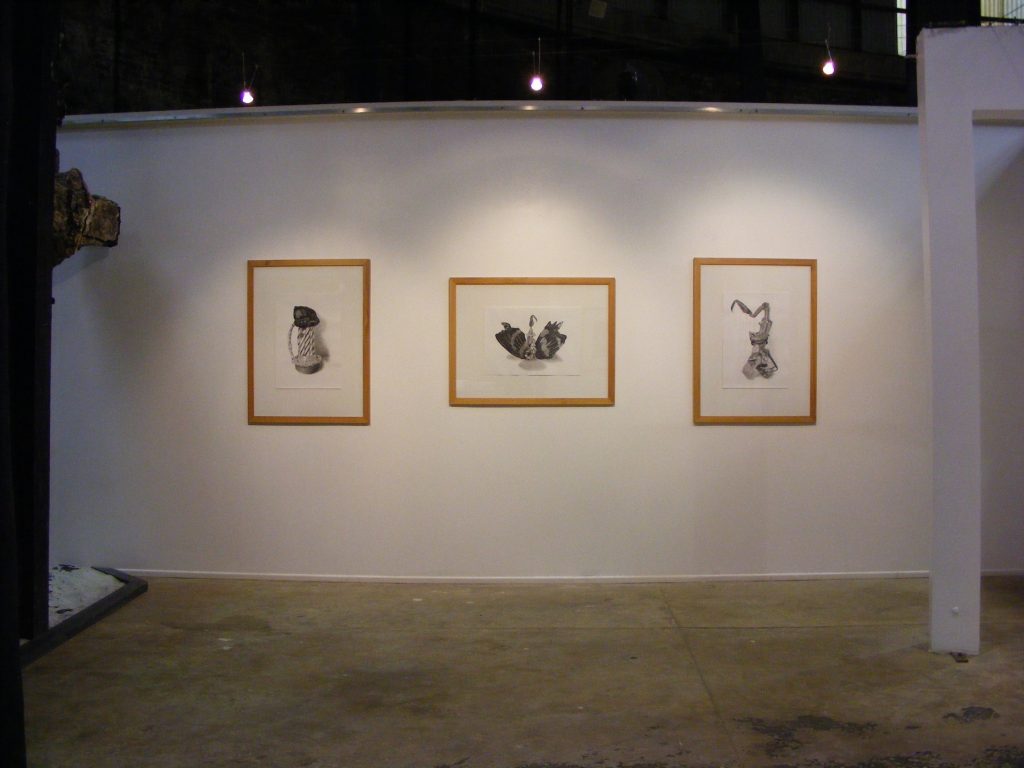 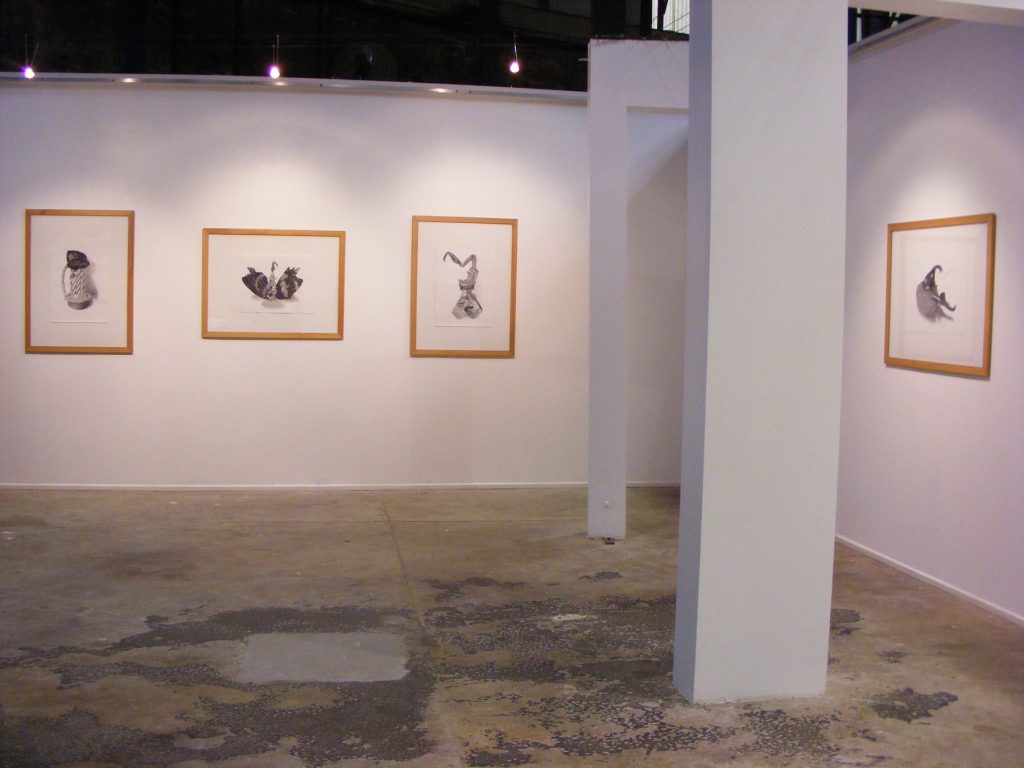 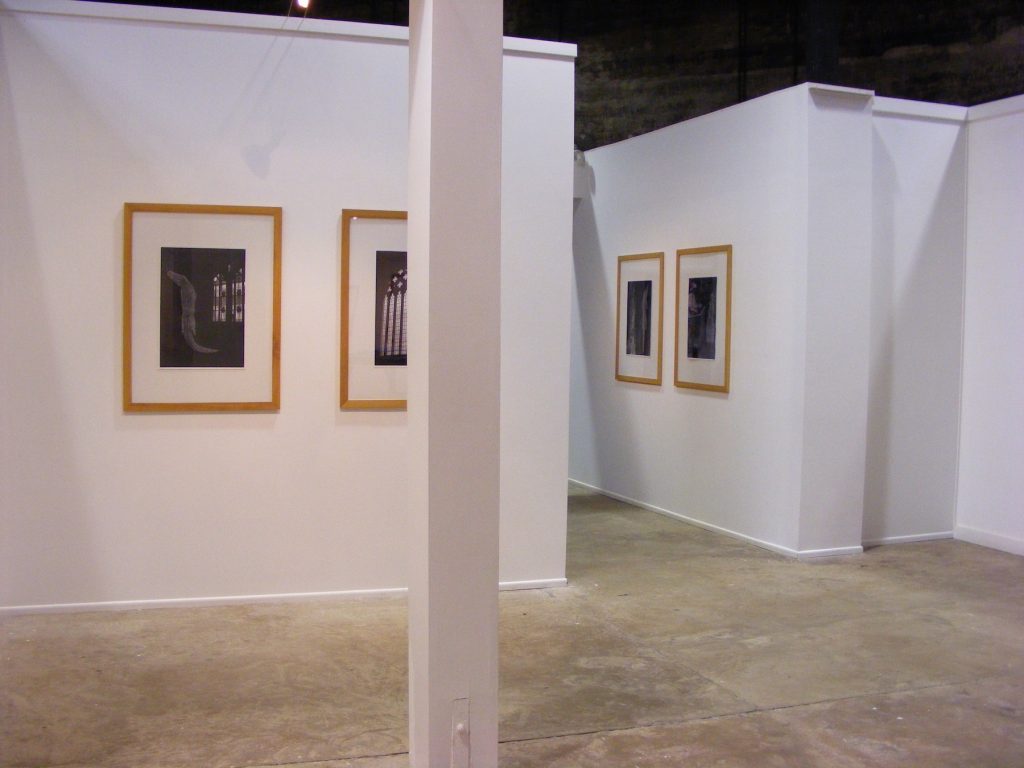 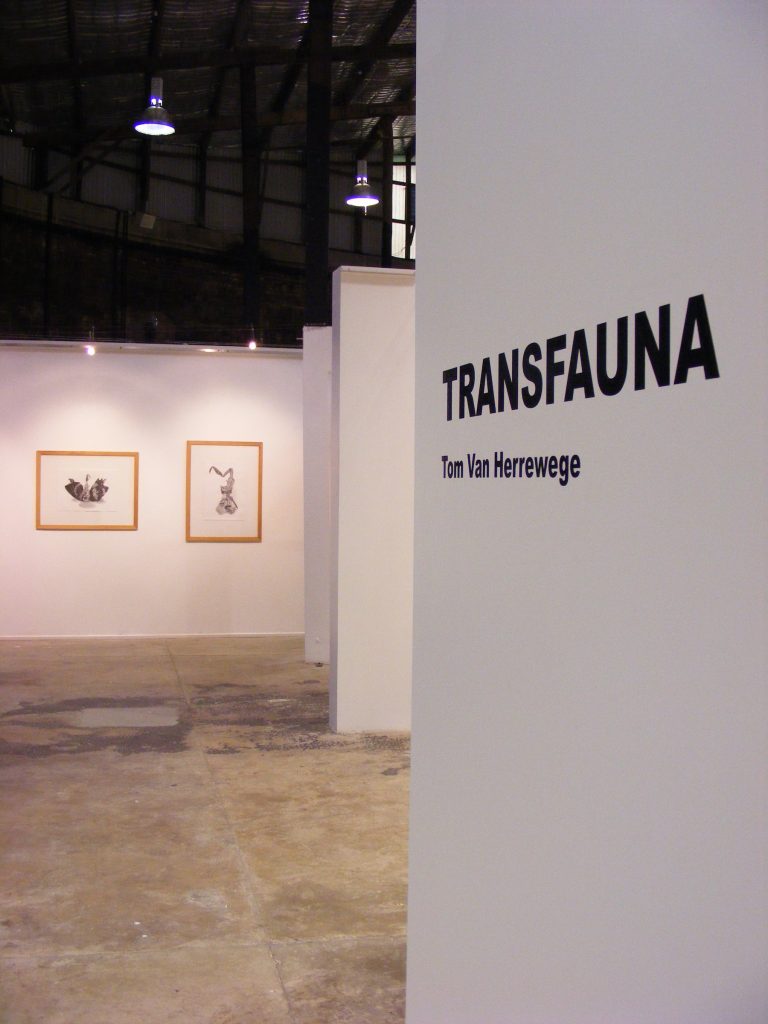 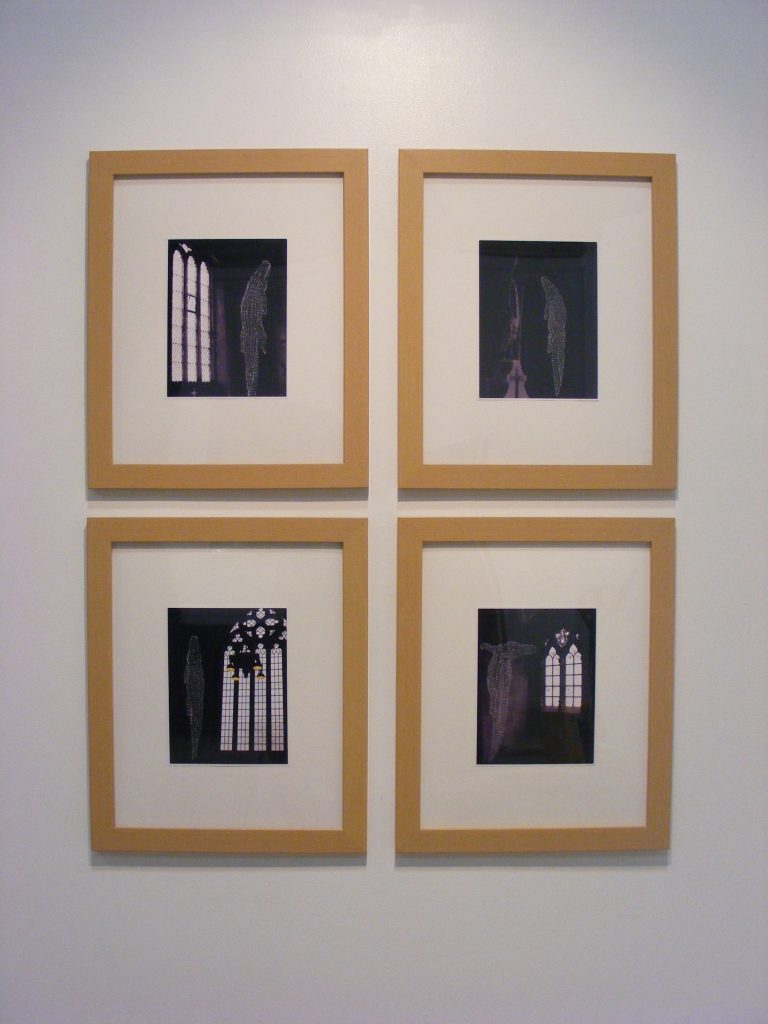 I am a London based artist and I have been artist in residence at Tanks art centre for two months starting back on the 11th of January. I came to Australia to pursue my research and practice in areas surrounding tropical fauna.

My work is inspired by the incredible diversity of a particular animal’s physical form. I am interested in mans and my own individual interpretation of this throughout history and the ways in which the other is perceived through different aspects of cultures. It is the ways that animals are removed from their environments and understood as both objects and living beings that informs my drawings and sculptures.

I try to re-examine these subjects using the animal form as a base material and as a starting image that can then be transformed into a different physical form and placed in a reconsidered locale. These reworked images act quite like my own solutions to the complexity of the animal forms.

My research is also informed by the history of animal representation within art and natural history. I look at the ways animals are presented through the media and their display in collections and the various languages we invent and adopt to understand them.

Within my practice no animals are ever harmed or killed for the purpose of making art. I choose to portray animals in my work through an admiration for them and do not believe any living thing should die for the sake of art.

The exhibition that has come together from residency program is made up of two projects that have come together whilst I have been based out here.

Crocodiles in Christianity and western culture.

These drawings on photographs are a project that I had been researching back in England and I thought Australia would be an ideal place to develop it further. I began reading about how medieval Europeans, particularly the French, Italian and Spanish, that began trading with and visiting African countries, such as Egypt, would bring back preserved dead Crocodiles and hang them in their churches. These reptiles were hung high up and often from the ceiling in with intentions to protect the people from the devil and as a celebration of god’s greatness.

The way these animals were repeatedly hung from the ceilings of medieval churches in creative manners to me suggests more that the appearance of this grand beast would complement the gothic stone and wood work in their architecture. I am always interested in the repetition of the use of the animal as a decorative and/or symbolic object and how it is presented whether it’s the display of live animals in zoos or the preserved dead creatures in museums.

In many cultures the crocodile is understood as a protector and a threat to us or a sign of death. Yet today we also farm them and use them for education and entertainment. I find the changing relationship man and crocodile has shared through time to be fascinating.

This small series of drawings are me trying to push my practice into a more abstracted method of working to previous pieces I have made. Two of the drawings depict my own designed curio’s,’ Lizard Umbrella’ and ‘Lance for Ophidiophobia’, and suggest a specific function like many old curiosities. There are also the four works that all feature part of an invertebrate, Crab, Mantis, Rhinoceros Beetle and Butterfly, and are juxtaposed amongst other man made materials that I choose to include in order to highlight the curious and the beauty of the animals form. I am always very interested in curiosities from old collections that follow the similar principles in their reasoning. These curios are made to exist as weird and often surreal objects that glorify nature and make no attempt to make sense in their design. With these works I am looking at the relationship that these curios have to fine art sculpture and to what extent they differ in their intentions.

Once I had made these miniature objects then the process of drawing them would transform the curio further through mark making, use of scale and removing colour. I found making these works challenging in that science fiction has borrowed so much from the insect world to create its characters and when drawing these objects it is almost impossible not to see these figures or creatures emerging. So the materials I used were chosen to be domestic and familiar to avoid this connection as much as possible yet still alien enough in texture and shape to evoke something curious.